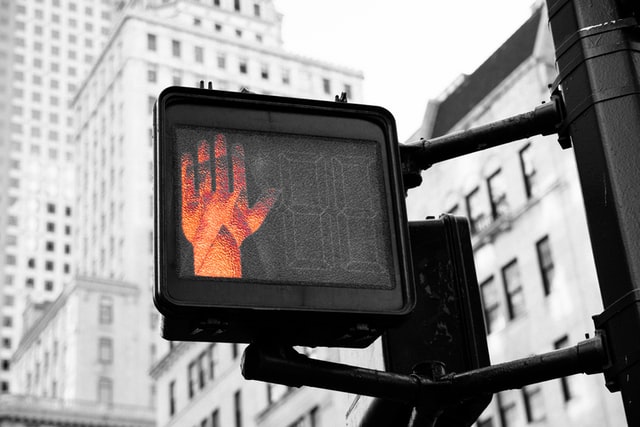 Or: When crisis hits you

This may be one of the most personal blog entries so far. With this in mind, I’d like to give a heads up that this text isn’t one of the “easy to read” ones. Nonetheless, I believe it to be a very important message and encourage you to stay with me even through the difficult parts.

The title describes a time span in my life that was one of the most brutal and painful ones. Here’s why. Back in 2011, my husband and I had just moved back to Germany after having lived in the USA for 2.5 years. We settled in Berlin with one big plan: We wanted to have kids, many kids. And since we were in our early thirties we knew we better get going, right?

Just a routine check up

I got pregnant right away – what a miracle! We couldn’t believe how blessed we were. Nevertheless, we kept it a secret for the first three months. We had read about the high ratio of miscarriage during that first trimester. Precisely on our fifth wedding anniversary it was time for another check at the doctor’s office. She managed a marvelous ultrasound picture of our little baby. Undoubtedly the best way to inform the soon to be grandparents, aunts, uncles and all our friends around the globe. That all happened on May 11, 2011.

Fast forward five days. We had been given an appointment at a well-known, excellent prenatal screening clinic. Our gynecologist had advised that with my family history and a half-brother that carries the Down syndrome , the Nuchal Scan would be a routine check for our unborn baby.

The five days between telling everyone we were pregnant and having the Nuchal Scan were pure bliss. My all-day sickness was slowly starting to fade after twelve weekss. Friends and family kept sending the most lovely messages. And yet, walking into the clinic on May 16 felt weird. Actually, May 15 itself had been a rough day for me. I was so anxious and didn’t even know why. My husband prayed over the baby and me and I tried to go to sleep at night but really didn’t.

To make a long sad story short, during the scan on that particular Monday, we were informed that something was terribly wrong with our baby. They weren’t able to perform the Nuchal Scan because there was a hole in the back of baby’s head. The clinical term is “occipital encephalocele” if you’d like to know in detail. It was without a doubt the darkest day of my life and the life of my husband until then. We took in the news rather quiet, in utter shock, just staring at the professor that explained everything.

By the time he reached his conclusion I woke up from my numbness and heard myself saying: “No, this is my belly. This is my baby. I will make the decision about terminating this pregnancy or not!” I might have said it rather sternly because the dear professor stepped back and nodded fiercely. “Of course, Ms. Bohg, of course! We’re here for you and we will support your every decision.” I love him for that commitment to this day! Thank you, Professor Chaoui.

And then followed what would turn out to be a very difficult and straining four and a half weeks. Not just for me personally but also for us as a couple. It was a time span that sent my husband and me through the valley of death. All we knew back then was this: We would need to walk through this. Hand in hand. No pitching tent. No buying property in that valley. Ever.

We later found out that sometimes other couples in a similar situation make up their mind fairly quickly. They know right away they will either terminate the pregnancy or not abort but carry their “death-sentenced” baby to term. We, on the other hand, needed time.

The only prognosis the doctors had given us was this: There was already brain tissue protruding from the head into the sac, hence, the mortality rate was close to 100 %. However, the very few cases that they had seen or read about had been aborted so no doctor at the clinic was really able to tell us about the outcome if we chose a different path.

The main reason I’m writing about this dark season exactly nine years later is this: I have yet to meet a person that hasn’t been hit with their own crisis and tough decisions to make. It’s not about “if” you will ever have to go through a crisis. It’s only about “when”. And I want my experience to be what Paul Manwaring put in such loving words: God wastes nothing.

Many of us are going through their own crisis these days. It may not be as severe as having to decide about the fate of a human being. But the process is the same. It’s called the phases of traumatic crises. Another approach that my husband and I found very helpful was the so-called five stages of grief, a concept by E. Kübler-Ross.

We went through these five stages as slowly as we could bear it and as thoroughly as we felt we needed to. The therapist that was supporting us during these weeks said one major phrase that has stuck with us to this day:

“You need to arrive at a matured decision.”

Whatever your struggle is today, whether it’s contemplating a move or ending a marriage. Whether it’s grieving the loss of a loved one or facing financial burdens. I want to encourage you to take your time before making any decisions.

My husband and I agreed on this: We would each come to a decision individually. We knew we would have to live with the decision for the rest of our lives. But we also knew we weren’t able to just make up our minds and decide within a day or two.

Our approach in 2011 sounded drastic to some and very plausible to others. We cut off all communication with family and friends. We told all of them that we had been given horrific news regarding the baby and that we needed time. Truly, I was so torn back then. I knew my mom would have to endure this painful waiting time when all she wanted was to reach out and be there for me. To this day, I give the highest credit to her for respecting my plea.

“May your choices reflect your hopes, not your fears.”

After four and a half weeks my husband and I knew we would not intervene or terminate the pregnancy. We found out our baby was a boy. We named him Julius Felix. And then we cried over him. We sang songs to him and oh how we prayed fervently over him. Nothing changed in the countless ultrasounds that followed.

At the same time, nothing would alter our decision, either. Our YES was sealed. Our baby boy would be carried to full term and we would be with him every minute of his short life on earth.

Julius Felix was born on August 23, 2011. He lived seven months in my womb and two hours in our arms.

Both, my husband and I, can stand here today, nine years later, and say this: We have no regrets. If we were forced to do all of this again, we would choose the exact same approach:

Having said all of this, maybe it’s good to take a moment and inhale, exhale.

Even though it’s been nine long years and even though Julius today has two amazing and healthy siblings, I can still sense all the emotions and the horror of 2011 in my bones. Maybe that’s where “bone-weary” comes from.

The other day, I posted on my insta account that grief hit me hard this year in May. You see, I am fully aware that grief will hit hard in August. It does so each year. But in May? It took me a moment to figure out why in the world I was so emotional, tired and sad for over a week. And since writing is therapy for me, this text is now here.

In times like these with buzzwords like “pandemic”, “crisis” and “uncertainty” I realize more than ever what treasure I’ve kept from back then. I had been deeply distressed and impacted by everything that happened in 2011. What I was left with was fear, distrust and uncertainty. Many people I know use exactly these words to describe their current life. Maybe you’re one of them?

Let me encourage you right now! After a long time of thoroughly working through the loss of my firstborn child I found life again. Or maybe life found me? Eventually I embraced my “new normal”. Life would never be the same again, that was for sure. Yes, I came to terms with the fact that as a bereaved mother I would always have to face seasons of utter despair and sadness. Because Julius isn’t here. And no one on this earth could replace him. So missing him is part of my motherhood for the rest of my days on earth. And that’s ok. There’s nothing I can do about this but accept and embrace it.

As I’m finishing this text I look outside and there’s an apple tree in the backyard. And a colorful rainbow pinwheel. They both remind me of Julius. And they remind me of this old saying to just hope against all hopes (Romans 4:18).

So, stay safe, spend some time at the feet of Jesus and don’t lose hope! Let me know how you’re doing, I’d love to hear from you. I want to close with wise words of one of my all time favorites:

Even if I knew that tomorrow the world would go to pieces, I would still plant my apple tree.