About a piano and a little girl 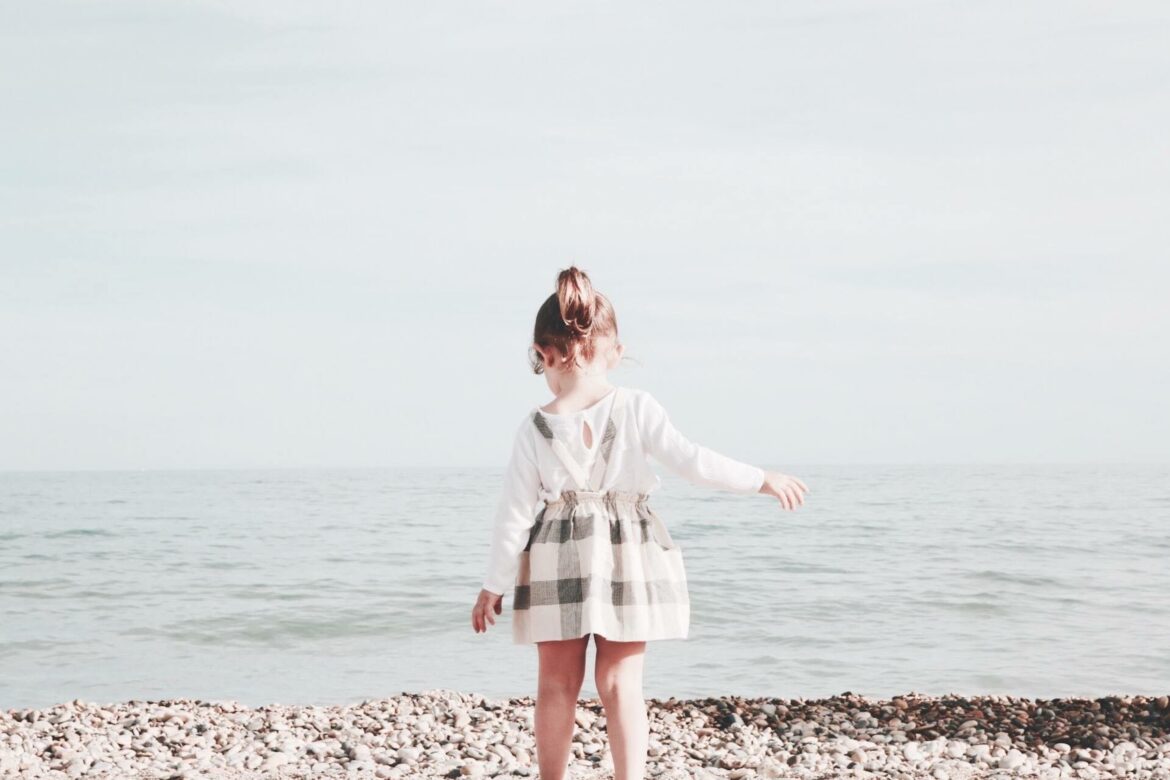 God directs our steps. I pray daily that He would direct mine so that I could be His hands and His feet. I turned 40 not too long ago and my biggest wish for many years was about to come true. I would be able to go and find myself a new piano.

Are you worth it?

An insider recommended a certain piano store not far from us. The first time I drove there, I cried all the way to the store. I just couldn’t believe that I would actually have the freedom and budget to choose a premium piano. But that was exactly what my beloved husband had told me when I got in the car.

So I visited this store, spoke with the owner about my expectations and played several models. I fell in love with a precious upright piano made in Germany. After I saw the price tag, I quietly prayed and whispered “Oh good Lord! God, did you see that??” It was a lot of money and the first thought that came to my head was “You’re not worth it!”.

Battlefield of my mind

The piano had everything I wanted, the highs, the lows, the melody that I had carried in my heart for so long. And even the silent system so I could play at night when the children are asleep. Still, I felt a heaviness on me and the unworthiness of an item so expensive.

While driving home, God spoke clearly: This is your piano, precious daughter. But don’t buy it yet. Wait for the money to come.

The moment I walked through the door, my husband looked me in the eyes, chuckled and said: “You’ve found it, haven’t you? ”I nodded my head and told him the part of “wait for the money to come” but not the part of “you’re not worth it”.

Three weeks after this episode we experienced the incredible goodness and providence of God! Unexpected! We were puzzled. My husband turned to me, smiling: “Please call the piano store and arrange for a second meeting.”

I shook my head in disbelief, the same ugly voice whispering in my head “not worth it”. As I started crying and sobbing, my dear husband came to hug me, took my hands and said: “Look at me. I know what your problem is: You think, you’re not worth it. That you don’t deserve it. This is a lie!” All I could do was nod. And cry some more. Healing tears that washed away the pain, the shame, the past.

With tears in my eyes, I emailed the owner. I’ll call him “Mr. Meyers” in this story. I explained that I would like to arrange for a second visit. This time, my email included my just recently added signature. It has the link to my book and to my instagram account in it.

Mr. Meyers confirmed the appointment right away. And he thanked me for indirectly drawing his attention to my book and our story with Julius, our firstborn son. He wrote that he’d ordered the book and would like for me to sign it. In the last sentence he mentioned that he and his wife also had “a prenatal diagnostic testing (PDT) history” as he called it. This email left me wondering and praying at the same time.

Way beyond a piano purchase

A couple of days later, I was on my way to the piano store again. This time I didn’t drive there crying but praying. I sensed that God had ordained everything. Somehow I knew that He had an assignment for me that was way beyond the purchase of a piano.

Mr. Meyers let me play the chosen piano once more. We chatted, I compared and went around the store trying other models. But we both knew that I had made up my mind. I didn’t need further playing and testing. We sat down and I saw my book lying on the table. I felt the Holy Spirit whisper in my ear:

“Buckle up for the ride!”

What followed next was one sacred moment which lasted almost an hour.

Mr. Meyers shared the story of his daughter.

The one that didn’t live.

Some thirty-five years ago.

All throughout the conversation I kept telling myself “Cry at home, girl. Hold back your tears!” I could sense how badly Mr. Meyers wanted and needed to get his story out. It needed to be told, to be put into words. Here and now.

A story waiting to be told

He and his wife had already had three children when, unexpectedly, there was a forth baby on the way. Prenatal tests back then were far from what we have today. But during one of the ultrasounds they found out that the baby girl had a genetic disorder. One that would not allow her to live. The doctors made it clear – abortion was the way to go. The parents felt pressured and rushed and didn’t see other options.

“There is a sacredness in tears. They are not a mark of weakness, but of power. They speak more eloquently than ten thousand tongues. They are the messengers of overwhelming grief, of deep contrition and of unspeakable love.”

At that point during our conversation, Mr. Meyers had to blink away the tears. I just wanted to get up and hug him. But I knew he wasn’t finished yet. I didn’t want to interfere with this holy hour we were given.

He went on to tell me how he and his wife have carried this burden ever since their baby girl left this earth. I was about to ask if they ever thought about giving her a name when he suddenly smiled and sighed. He recollected himself and told me another story.

Right before my first visit to the piano store, his wife, Mrs. Meyers, went on a weekend trip that included a visit at a monastery. The nuns showed visitors around. As Mrs. Meyers marvelled at the beauty of the place she got talking to one of the nuns, Maria-Angelika. It was divinely orchestrated. Another God moment, a kiss from heaven.

Mrs. Meyers ended up sharing her family story with Maria-Angelika. How the pain and shame were still there. How the chapter of her baby girl was still kind of a secret in the family. A part of her life that “you just don’t talk about”. The nun was able to pray with Mrs. Meyers. As she arrived home that weekend she spoke with her husband and said: “Honey, I now have a name for our daughter. This nun was so kind, so loving, her face radiated the love of God. I’d like to name our daughter “Maria-Angelika”.

Be the missing piece – with your life story!

Shortly afterwards, Mr. Meyers had stumbled upon my book.

I couldn’t help but marvel. Once again, I was a piece of a puzzle in someone’s life. From a human standpoint it was weird how everything seemed to blend in and add up. But having walked with God for so many years now, I’m learning to expect the unexpected. I get excited like a child on Christmas when I sense that God is up to something with me. I love being Jesus’ hands and feet. I love being able to bring reconciliation and healing to broken hearts.

The piano was delivered shortly after my 40th birthday. Every day I look at it and smile. It’s not just an instrument in our living room. In fact, it stands for the many miracles I have experienced. Moreover, it tells the story of God’s redemptive love. A love so great that it is able to heal the past and set you free from shame and guilt. 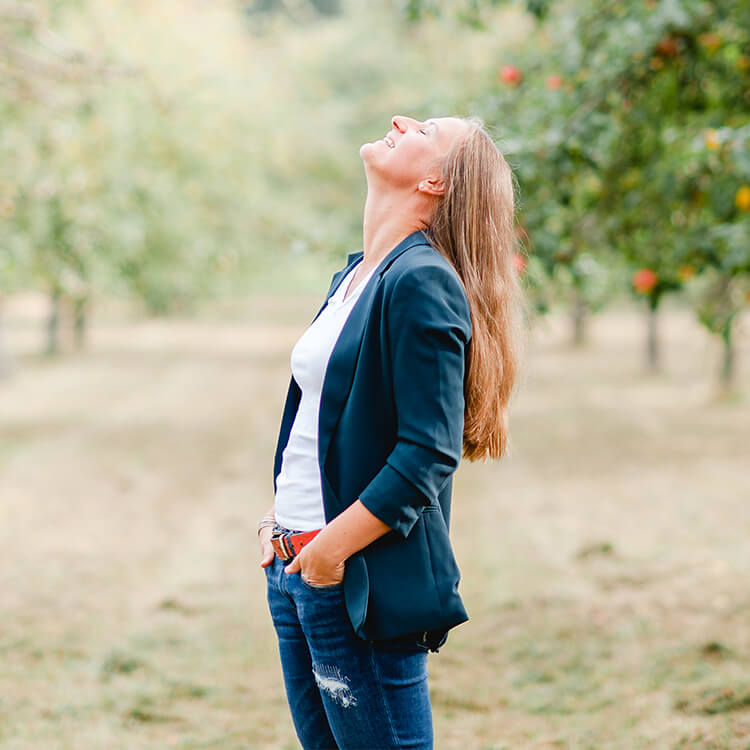